July 18, 2015
Finally, the Stocks screen; will be improved later to include filters. And a new main menu look. 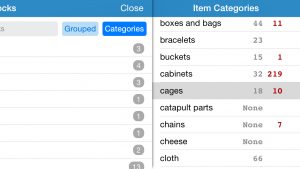 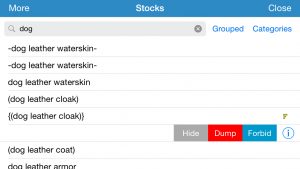 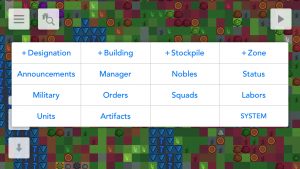 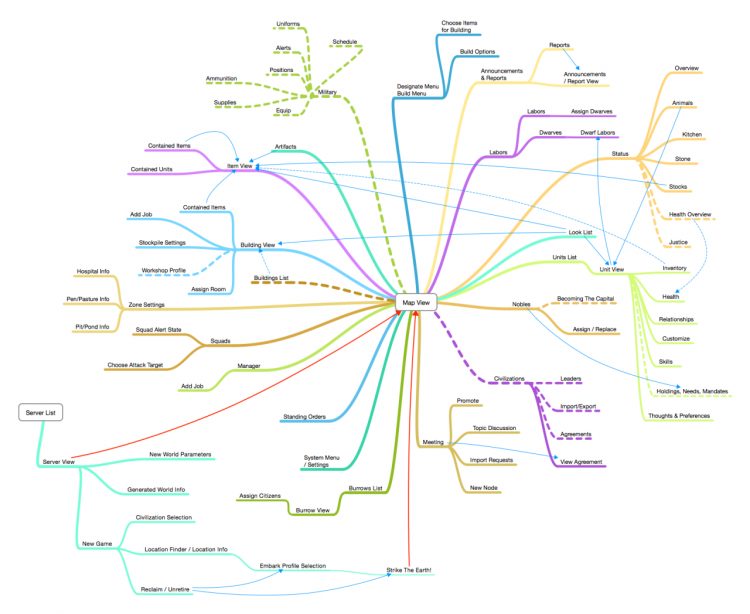 That's a lot of screens! Dashed are not yet implemented (updated 30 August 2015).

Implemented an automatic update mechanism for DF Remote server. Now the dfhack plugin needs to be installed only once, and the update procedure when a new version of the client application is released is greatly simplified.

Updates are cryptographically signed and this functionality can be disabled.

#DF Remote #Dwarf Fortress #iOS Tweet
·
July 1, 2015
Good news - I finally have added a save button (quicksave), save and close button (like the normal DF save), and a disconnect button. Bad news - save and close doesn’t work on Windows for some reason. At least everything else seem to work, otherwise it would have been be a bad surprise. EDIT: Fixed, no bad news for today.
#DF Remote #Dwarf Fortress #iOS Tweet
·

More people should now be able to connect to their DF game running at home.

Also, shaking your device will now show a popup with a page from dwarffortresswiki.org relevant to the current screen. This will change in future though – I don’t like using shake for any actions, and ideally it should be possible to show help for example for individual jobs in a workshop and not just for the entire screen.

App Store is fucked up

June 29, 2015
In good old times App Store on front page had sections like Noteworthy New Apps, Editor’s Choice, etc. Then it became Best New Apps and Best New Games (with “new” being very often just minor updates of well-known products) . Then games became first. And this week there are even no separate section for new apps - only Best New Games and Apps & Games at a Limited-Time Price. Of all things Apple invented/popularised there’s one special - In-App Purchases - which perverted entire mobile gamdev industry. And now App Store is unfortunately overflowed with and focused on stupid freemium games made by stupid developers for stupid people.
#App Store #Apple #iOS #thoughts Tweet
· 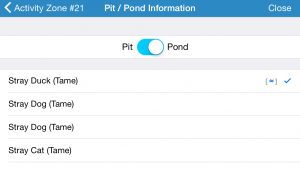 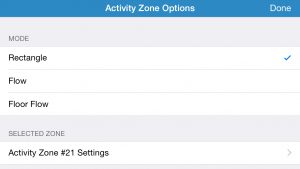 Over the weekend, I implemented a lot of missing functionality, mostly related to building and buildings. Almost all buildings have their actions and options available at build time implemented now. Also improved handling of announcements, specifically popup announcements, and other UI elements. Reconnection / restoration of game state is much faster now even if the app has been terminated while in background.

I do not answer questions about the estimated release date, mostly because I do not know how much time I’ll have to work on this. Below is the list of unimplemented stuff.

It’s a huge list, and some things are really important and I will work on them now, while some are deliberately skipped and will not be done until after the first public test release. Of course, advanced players may consider all of them must-have, but technically you can play without burrows and minecarts, for example.

I’m mostly happy with the networking and UI code, so can focus on this list now. The only other non-gameplay thing I’ll do is a support for NAT traversal, so that more people will be able to connect to their game running on a computer at home.

#DF Remote #Dwarf Fortress #iOS Tweet
·
June 19, 2015
Swift could be a great language. But no. The syntax (among other things) is so terrible, that even having so far 100+ classes in the DF Remote iOS App and willing to get rid at least of annoying mostly empty .h files, I can’t bear it.
#Development #iOS #Swift #thoughts Tweet
·
June 9, 2015
Spent last couple days playing Dwarf Fortress on the go (too bad there’s no save button yet). This resulted in fixing some crashes, making UI/UX improvements related to repeating operations like placing buildings, and also dramatically improving network performance and responsiveness. Here’s a video demonstrating gameplay over a 3G cellular connection to a server in another country (175ms ping). Actually, it’s a bit smoother in real life then on a recording. I’m now finishing this stuff, then will be another round of implementing missing screens and functionality, and then I’ll prepare an alpha version to give out to number of people to try.
#DF Remote #Dwarf Fortress #iOS Tweet
·