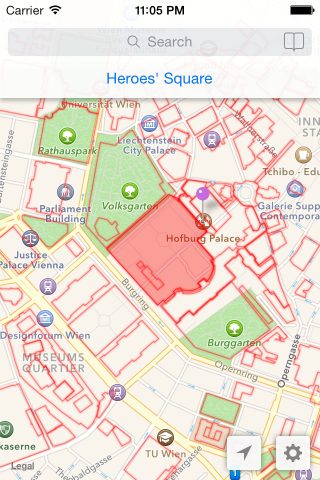 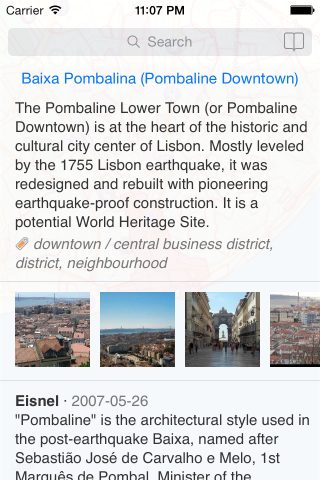 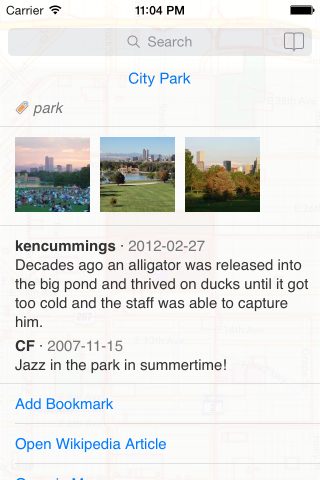 After a long period without updates, I'm glad to announce a new release of WikiPlaces app which brings proper support for the latest devices and iOS versions. WikiPlaces provides access to Wikimapia.org — a collaborative mapping project with the aim to describe every location in the world.

In practice it means that wherever you are, most likely you will be able to learn a lot of interesting details about places around you. I personally often use it when I see an interesting/strange/mysterious building, monument, factory, area or anything else, and want to know what that is.

Wikimapia.org content is available in many languages, and the application is free.

April 6, 2014
I'm happy to inform that version 3.70 of WikiPlaces has been released. This update brings several important changes and new features: New sharing feature allows to share links to specific place or location. Will share a link to open WikiPlaces application as well as a link to Wikimapia or mapping website for devices without WikiPlaces installed. Of course it's also possible to manually compose links utilising the new wikiplaces:// scheme. Bookmarks improved with ability to rename existing bookmarks and specify custom name when adding bookmarks, and with support for bookmarking arbitrary map locations as well as Wikimapia places. New details view is available for arbitrary map locations (ie., when you long-touch any point on the map) with options to view address, copy coordinates, add bookmark and share - just as for Wikimapia places. Other changes include improved user interface, especially on iPad, ability to navigate to Wikimapia place by specifying its ID in the search field, and various bug fixes. 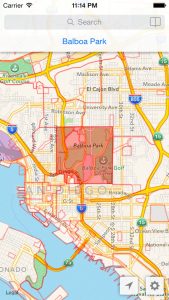 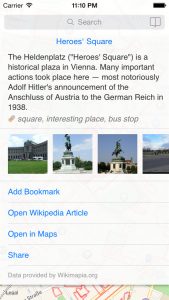 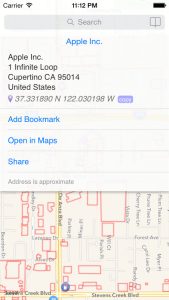 Wikimapia.org is a great community project providing information about places all over the world you won’t find anywhere else. And for many years WikiPlaces has been the first and only native application to access Wikimapia on iOS devices. Unfortunately, Wikimapia API was very unstable and many times users were not getting any information in WikiPlaces and blamed me for problems I can not fix.

During these years I had several discussions with different Wikimapia. team members about WikiPlaces, their API, and possible cooperation. Many things were promised to me but always those people just disappeared.

This wasn’t that important until recently particularly because things like API usage limits didn’t work either.

With the release of new Wikimapia API that allowed to add support for viewing comments and photos to WikiPlaces, they also started to enforce API usage limits for “unverified” applications. I contacted Wikimapia team once again to discuss how to verify WikiPlaces but after couple emails they just stopped responding to my messages, as usual.

In WikiPlaces 3.0 users now can specify their own Wikimapia API key to be used instead of the shared one, and I encourage all users getting just a blank map in WikiPlaces to do this.

Just go to http://wikimapia.org/api?action=my_keys and create your own API key (Wikimapia account is required), and then enter it on advanced settings screen in WikiPlaces.

June 18, 2013
WikiPlaces is the only native application to access Wikimapia.org on the go on your iOS devices. In version 3.0 you will see updated UI, bug fixes and improved stability, direction you’re facing on the map, and most important, long-awaited full support for viewing comments and images! 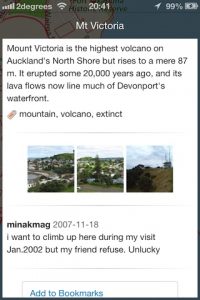 February 28, 2013
Wikimapia.org is having problems with their API server (and seems with the website as well) once again, so WikiPlaces doesn’t show any places on the map. Please do not report this as a WikiPlaces bug in your reviews - I can not do anything. I hope Wikimapia.org team will fix this problem soon. UPD 28 Feb: Seems Wikimapia.org finished moving to new servers and so WikiPlaces app works again.
#wikimapia #WikiPlaces Tweet
·

WikiPlaces 2.0 will get bookmarks and classic/modern switchable visual styles 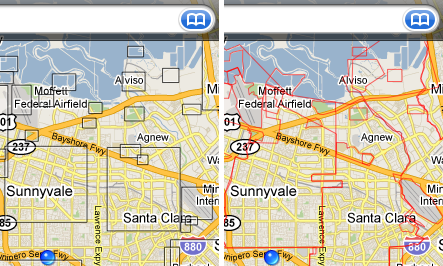 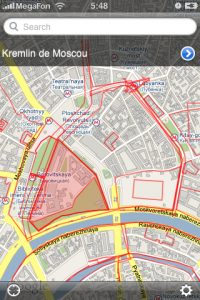 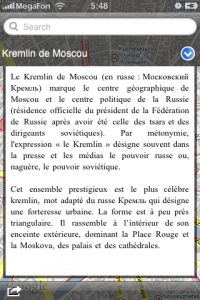 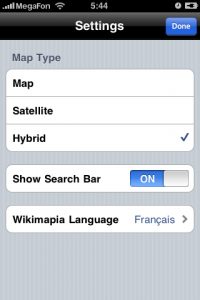